“”You are successful the moment when you can change someone’s life – that is what I used to think back then. The idea of success has not changed. In principle, I like to continue to help people.””
The wishes and the problems of those around him are a priority for Cristi Vasilescu. He is a passionate activist and an artist that has zero tolerance for injustice. In Romania, he graduated the Academy for Economic Studies in Bucharest, but very fast he turned his attention to the most deprived members of society. In Amsterdam, he graduated the Social Assistance Faculty (HvA) and for more than ten years he works for De Regenboog Groep – The Rainbow Foundation. His activity focuses on homeless people, especially when those are Romanians.

There are several reasons behind my relocation to the Netherlands. One of them is that I was madly in love at that moment. So, love brought me here. I met my then Dutch girlfriend while I was volunteering for a project in Wales. We started a relationship. In the beginning, it was long-distance, then she came for a couple of months to Romania. We tried, for one, for about two months and a half to see how life together would be, and for another, if we could live together in Romania.

It didn’t go too well. We had all kind of fights and, at some point, we realised that it had to do with the situation in Romania. Back then, I had a full-time job in Romania, and she had found a project for which she could volunteer, but the work wasn’t much. The language was, of course, an issue. In 2006-2007, it was pretty difficult to manage in English in Romania, to find work or do some volunteering. We decided then that she would go back to the Netherlands and I would follow her later. I quit my job and said “OK, I’ll come and we’ll see what happens.” What I was doing then didn’t really attract me, anyway, it had to do with marketing and economics. I was attracted to volunteering or social work. This was the second reason for which I chose the Netherlands. In Romania, I had several interviews, tryouts in different organisations and I realised that, financially, it would be impossible to work for a social services organisation and be able to live a decent life at that moment, I repeat, because I know that things have changed a bit in the meantime, not radically, but somewhat for the better.

How was the beginning in the Netherlands?

I’ve had easy bits and difficult bits. The easy bit was that I adjusted pretty quickly. I lived in a so-called woongroep [social complex, ed.], in a building that was occupied in the 80’s by some twenty people who, later, earned the right to live there, they signed certain contracts with the city hall. Of course, the group wasn’t the same that it was in the 80’s, it had changed over the years, new people had joined, others had left. It was a group with rather social ideas, leaning to the left. It somehow had a culture unique to Amsterdam. For me, at that moment, it was something typical of Amsterdam. In this “anarchist” group I found my place relatively quickly. It was a rather international group, there were people from all over the world. I made a group of friends; my girlfriend also had another group of friends, and that’s how we met people. Settling in seemed easy to me. In Amsterdam, I felt at home from the very first moment. If I were to return now to Bucharest, I wouldn’t feel as much at home. It doesn’t click anymore. Of course, I still have very good, very old friends, but our interests have separated and you can feel this.

Why do you feel at home in Amsterdam?

It’s difficult to say why. I really don’t know. It simply is what I feel. The culture, cycling, the way people organise both their personal and professional lives. The strangest thing – speaking of personal life and organising – is the fact that Dutch people make appointments which they plan weeks in advance. This was the biggest cultural shock. The agenda shock! It felt very strange, but I have somehow adapted. I have acquired it, I’ve assimilated it.

The administrative part was challenging. Meaning, in 2007, Romania was already in the EU, so I was here entirely legally, but I could not work. Romanians and Bulgarians were not yet entitled to a free work permit. And this made it very difficult. At first, I set up my own business. I cannot say things were going too well, but it was functional and it was giving me a reason to stay here, at least on paper. It was the only way to join the workforce. In Wales, I did volunteer work through a type of social theatre. I tried to replicate that here and it worked. I had several projects with the Dutch unions. They had a new group of migrant domestic workers – people that did household work, but didn’t have legal papers. People from the Philippines, Brasil; less so from Romania at that moment. The unions were trying to form a work group that would represent the interests of these people, some sort of a lobby. This type of theatre was a way of working, of mapping the issues and bringing them to the surface.

I found it very interesting that a union would take care of the interests of some people who are neither citizens of this country, nor union members or paying.

Do you have any criticism towards the society you currently live in?

Of course! I see a huge shift in attitude towards foreigners, a shift for the worse. This is from the perspective of someone who lives in Amsterdam, a city where 55% are foreigners, namely people who speak English or basic Dutch. Even here you can feel the change. It is a pity! Especially in today’s world, which is more and more open and mobile. This is my point of criticism. I cannot understand how a country that’s always been open to the outside world – not towards Germany and France, but towards South Africa, Australia, New Zealand –, with people who travel all the time, can suddenly close itself off. I think it’s just temporary, but these changes can have consequences later on. At Oscar’s school, almost all children are bilingual, with only one Dutch parent or even both foreigners. I cannot imagine that this generation will be closed off to foreigners twenty years from now, but I cannot say how strong the consequences will be.

How do you look back on all the years that have gone by since your arrival?

Yes, I feel good! First of all, I think I was lucky. With every turning point there was an opportunity. In 2009 I was working for the same organisation on a six-month contract. Partly voluntary work, partly paid. It was a mix, so to say. I arrived here in 2009 and I requested the IND [the Immigration and Naturalisation Agency, ed.] a residence permit based on various reasons: a relationship, work, and my own business. I didn’t get any answer. I bought a round trip ticket for Romania, but with my return delayed for two months, to see what would happen in those two months. Two days before my departure, I got a positive answer, I had received a residence permit with the right to work. It was no longer an issue. This is a typical example of a turning point when I was lucky. In Romania, we say that you make your own luck. I won’t be modest now: I did my best.

I attended a Social Studies Faculty here in Amsterdam. I graduated, got my diploma, and I continue to work for the same organisation. Meanwhile, my former relationship fell apart, I have a new partner now. Together we have two children.

So, if I look back, I have built my life here. This is where my life is, this is my city, here is where I feel at home. 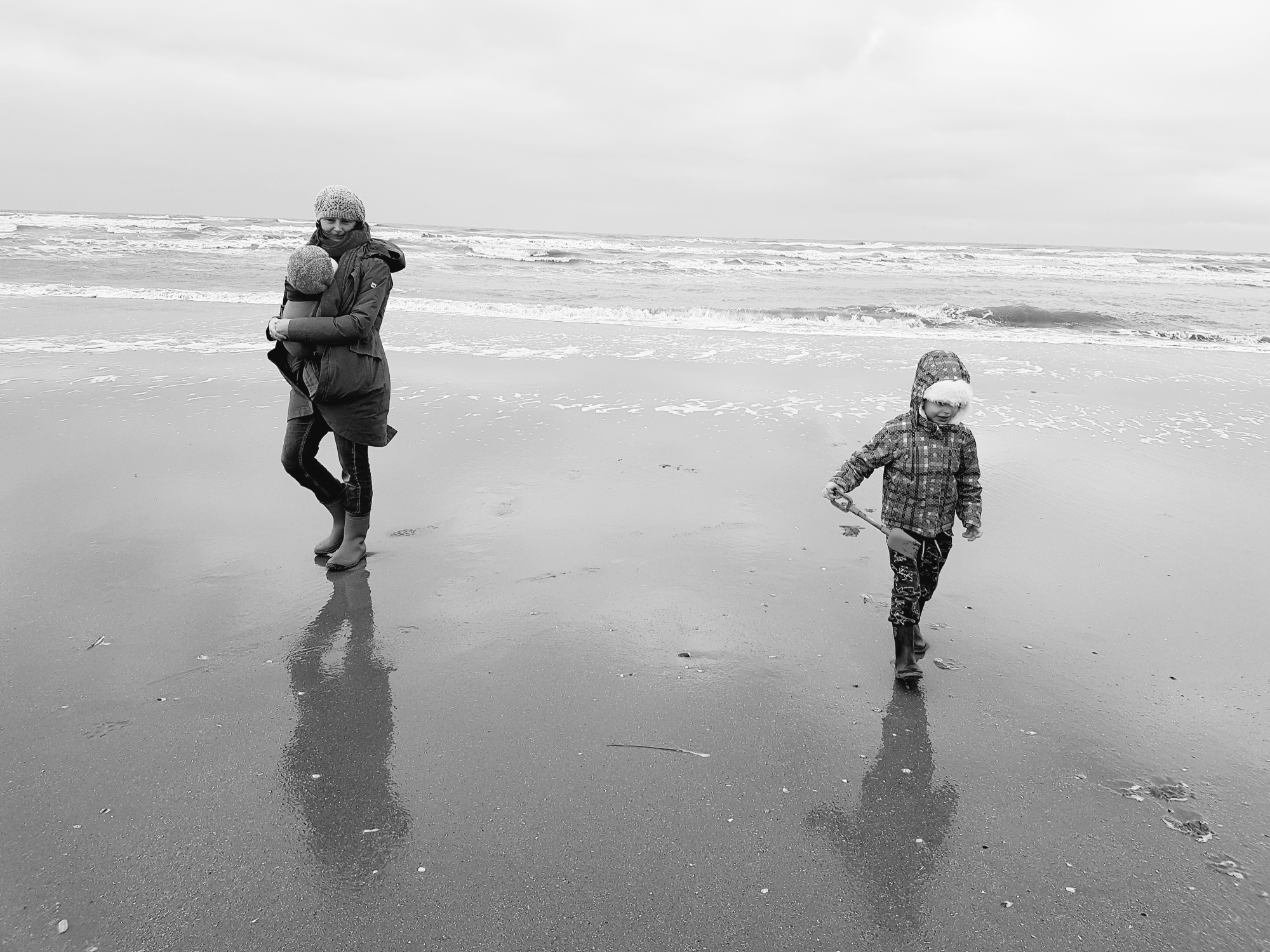 What was success to you before you left Romania and what does it mean now?

It has all changed. When I graduated from high school, I didn’t have a very clear idea about what I wanted to do, so I chose economics. I thought that a job in economics would give me more than enough financial benefits. At some point, this idea changed. During my second year at the university, I started certain projects and saw the world from a different perspective, a less known one. I saw people with various issues: emotional, psychosocial. Success meant to be able to change something in the lives of some individuals from this large social pool of six-seven billion people.

I grew up in the neighborhood of Bucur Obor in Bucharest. In my circle, there were only people with a good social situation, both at home and financially-speaking. Suddenly, I found myself thinking differently about my career and what I could do with my life. You are successful the moment when you can change someone’s life – that is what I used to think back then. Now, this seems a bit childish. After almost ten years in the social work field, this gets refined. However, the idea of success has not changed. I like to continue to help people.

Success is also connected to the family. Success means that my son and daughter are successful, that they have a good-enough situation so they can follow their dreams. Success is tied to the relationship I have with my partner. I hope we will continue to have a good relationship, in spite of the inevitable hurdles.

Do you feel part of the Romanian community in the Netherlands?

No. I don’t feel I belong, I am not aware of such a community in Amsterdam, I don’t see it and I haven’t put any effort in finding out if there is one or not. I have a few Romanian friends, but that is not a community. We also have Dutch friends in common. On the other hand, I did not miss it. I’ve never felt the need for it. Nor do I feel this need now.

Do you have any advice for someone who would like to come to the Netherlands now?

I’ll offer some advice from the perspective of my work. I work with many Romanians who are in a dire situation in Amsterdam or the Netherlands: they have no place to live, no medical insurance, no acquaintances to guide them. You need this. If someone wants to come here, they need to secure their earnings, to have a work contract, a legal place to stay. If all these are checked off, the next step is to take out health insurance. As I was saying, for me, this was difficult: the administrative part. This is a society where money matters. It happens frequently that people come here based on a promise. This approach fails almost every time. 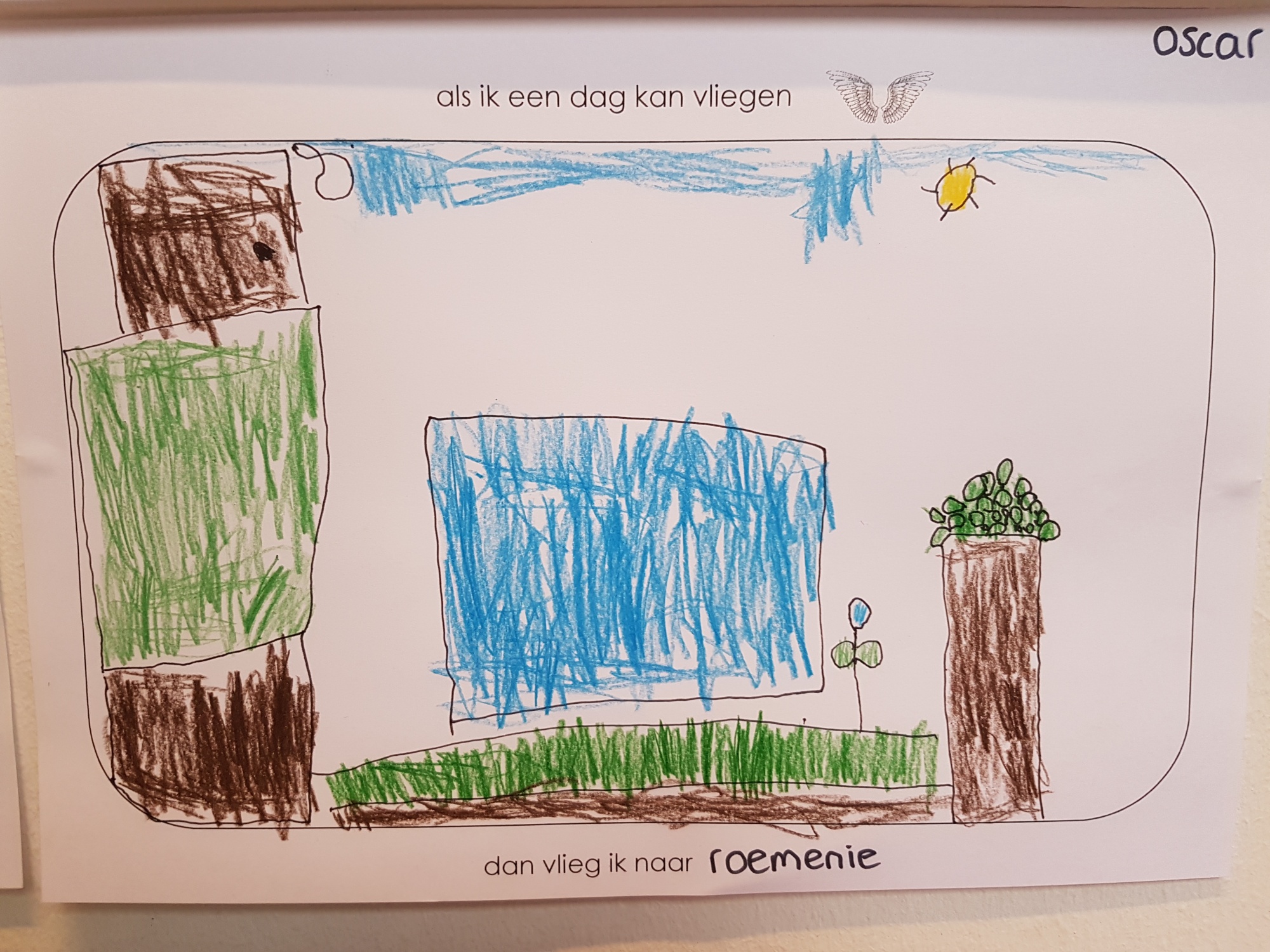