“These past years have been full of opportunities, most of which arose in the Netherlands. When my parents left the Netherlands, I decided to stay because my life was already here. Later on, I went abroad for a few years to study and work. I decided to return to the Netherlands because I missed having a certain lifestyle. I don’t regret any of my decisions.”
Irina Buga has been living in the Netherlands since she was 13 years old. After high school, she studied social sciences at University College Utrecht. Later, she focused on legal research in International Law at Utrecht University and, in parallel, worked as Legal Officer at the International Court of Justice in the Hague. She subsequently specialized in International Dispute Settlement and International Economic Law at Oxford. After having worked at an international law firm in Paris, she obtained her Ph.D. in International Law. While conducting her Ph.D., she also completed her studies in Dutch law. She is currently a lawyer at De Brauw Blackstone Westbroek in Amsterdam.

Initially, I didn’t have that much contact with Dutch people because I was attending an international school, but that changed once I went to university. My first bachelor was in English, but most of the students were Dutch. That’s when I really started to make Dutch friends. Everything that’s happened since has been increasingly ‘Dutch’ in nature, and now I’m a lawyer registered with the Dutch Bar (Nederlandse Orde van Advocaten, ed.).

What was it like for you in the beginning?

My contact with Dutch society progressed gradually, starting with my university years. I’ve specialized in international law and pretty much all my studies in the Netherlands and in other countries have been primarily in English. So contact with the Dutch language also happened gradually.

The more Dutch friends I made, the easier it became to understand the Dutch mentality and society, as well as the cultural differences. Even now, I’m still learning more about Dutch society since there’ve always been international elements in my life. It took me a number of years to feel completely integrated, until I learned the language well enough to become a Dutch lawyer, but also until I completely understood the society I’m in.

I didn’t really have big cultural shocks in the Netherlands. I like that everyone cycles. Before, I lived with my parents in the United States and in Romania, so when I got here, I noticed these differences in lifestyle.

First of all, I like Dutch modesty. Extravagance is not appreciated and people don’t show off here. That’s a bit different, for instance, from the mentality in the United States.

The second element is more personal. My integration in the Netherlands was an easier one also because I received a lot of support from the Dutch: I received a number of scholarships, I had all the opportunities that the Dutch also had. It’s also one of the reasons why I chose to stay here.

I think it’s generally easier to integrate here than in other countries. Not only is the infrastructure really good and everything functions quite efficiently, but you can also solve administrative issues in English because everyone speaks it and understands it. These are practical aspects that matter and you don’t find them in all European countries. The Dutch are open people and also quite practical.

How much did it matter in your case the fact that you spoke or didn’t speak Dutch?

After several years of studying at different international schools and universities, I thought it was about time to finally start actively speaking the language.

How was the transition from being a student to an employee entering the Dutch job market?

It was quite easy and natural. My field of expertise is international law. First I worked for international organizations, until I decided that I wanted to work at a law firm, rather than go into academia. That’s also because I wanted to have a certain work rhythm.

I looked for a Dutch law firm with international presence and activity. The decision to opt for the firm where I currently work came naturally.

So, yes, the transition was smooth.

How are your work relations?

Relations between colleagues are really good in the Netherlands, which also has to do with their mentality. The Dutch don’t care much about hierarchy. At the firm where I work, for instance, it’s perfectly normal to speak your mind, to debate with a partner, to be active, to take responsibility even as a junior, which I find extraordinary. Again, it’s very different compared to what I saw in the United States and in France, for instance, or in the United Kingdom.

The Dutch also care a lot about what they call gezelligheid (a friendly, sociable, and agreeable atmosphere, coziness, ed.). People also socialize quite a bit when they’re at work, even when they’re very busy during the day. Being open matters. The absence of hierarchy and this notion of gezelligheid make for a great combination that pays off. Even though it’s a competitive firm (externally), the atmosphere between colleagues is relaxed, there’s no competition. Of course, there are also disadvantages, and sometimes I have less productive days. 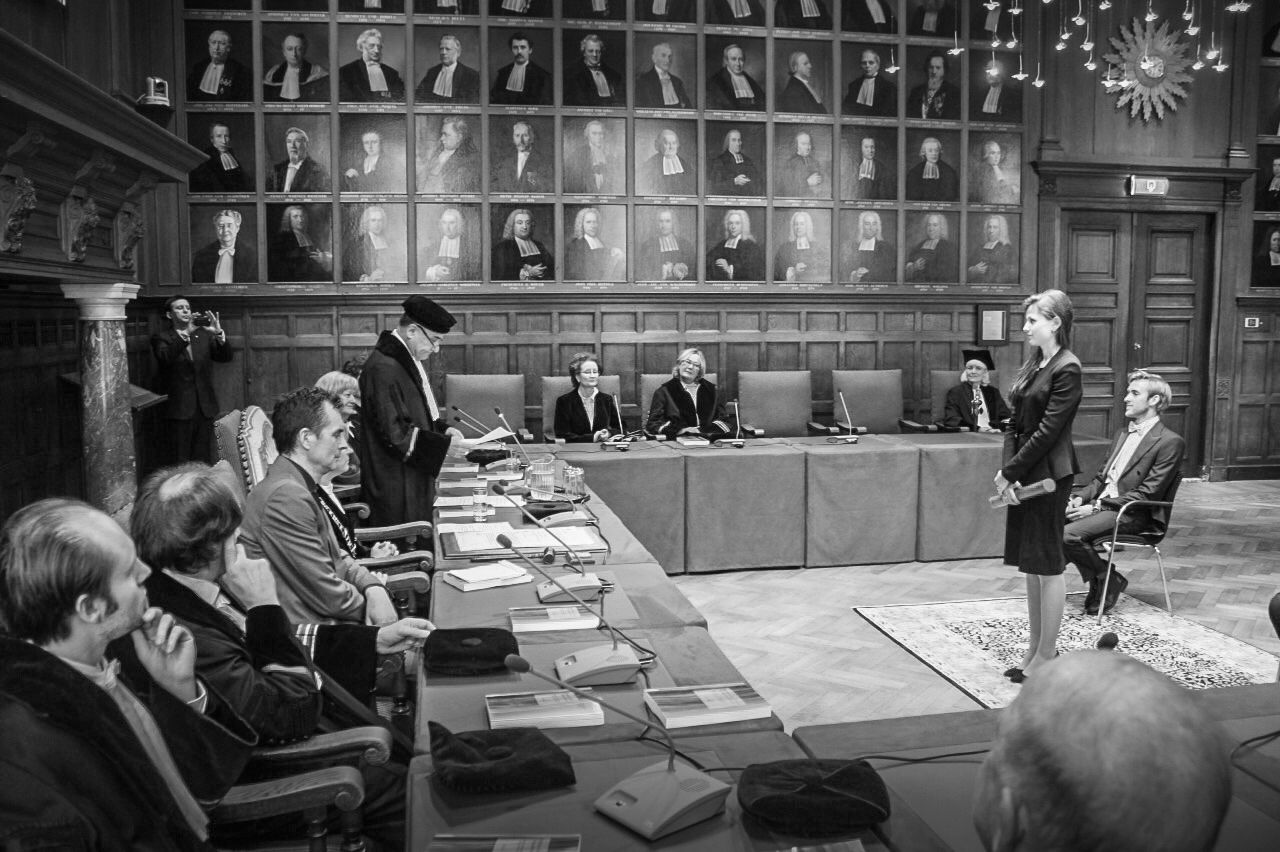 What do you dislike about this society?

What I like less is the fact that you have to plan everything pretty far ahead. Sometimes I miss a little bit of flexibility, of spontaneity. Even with close friends you sometimes make plans to meet a month in advance, on a Thursday, which I find less gezellig.

To me, success is not just on the professional plane. From a professional point of view, it means to be able to do something that you truly like and be able to afford to do that. To me, it means having a good job that you like, combined with a rich social and personal life. That combination is easier to achieve in the Netherlands relative to other countries, especially in my field, in which sometimes the days can be long and intense. And to me this balance is really important. I have a very active social life and I want to see my friends often, I have a fiancé with whom I want to spend more time and go on trips together, I want to see my family, which is also abroad. So it’ll always be important to me to have time not just for my career, but also for my personal life. As long as I manage to be happy in both, that means I’m successful.

How do you look back at all these years, since you’ve been living in the Netherlands?

In a really positive way. They went by very quickly and I don’t regret anything. These years were full of opportunities, most of which arose in the Netherlands. When my parents left the Netherlands, I decided to stay here, because my life was already here. Later on, I went abroad for a few years to study and work, but then I decided to return to the Netherlands because I missed having a certain lifestyle, a certain balance between my professional and personal life. I don’t regret any of my decisions.

I have contact with the Romanian community, I also have Romanian colleagues. Unfortunately, I don’t have enough opportunities in my personal life to interact more with Romanians. But I try to make use of every opportunity.

Why? Even after so many years in the Netherlands, I still feel Romanian, I enjoy coming into contact with Romanians living here, in the same way that I want to go to Romania several times a year, not just to see my family, but simply to know that I was there. It’s a matter of identity.

If you feel that the Netherlands offers you more opportunities than Romania, then it may be a good decision. You have to be open. English is essential in the beginning, but if you want to settle down here, my advice is to learn Dutch eventually, so you can better understand the country you live in. Be prepared for a different mentality than the one back home, but an open one. Think carefully about the long-term plan. 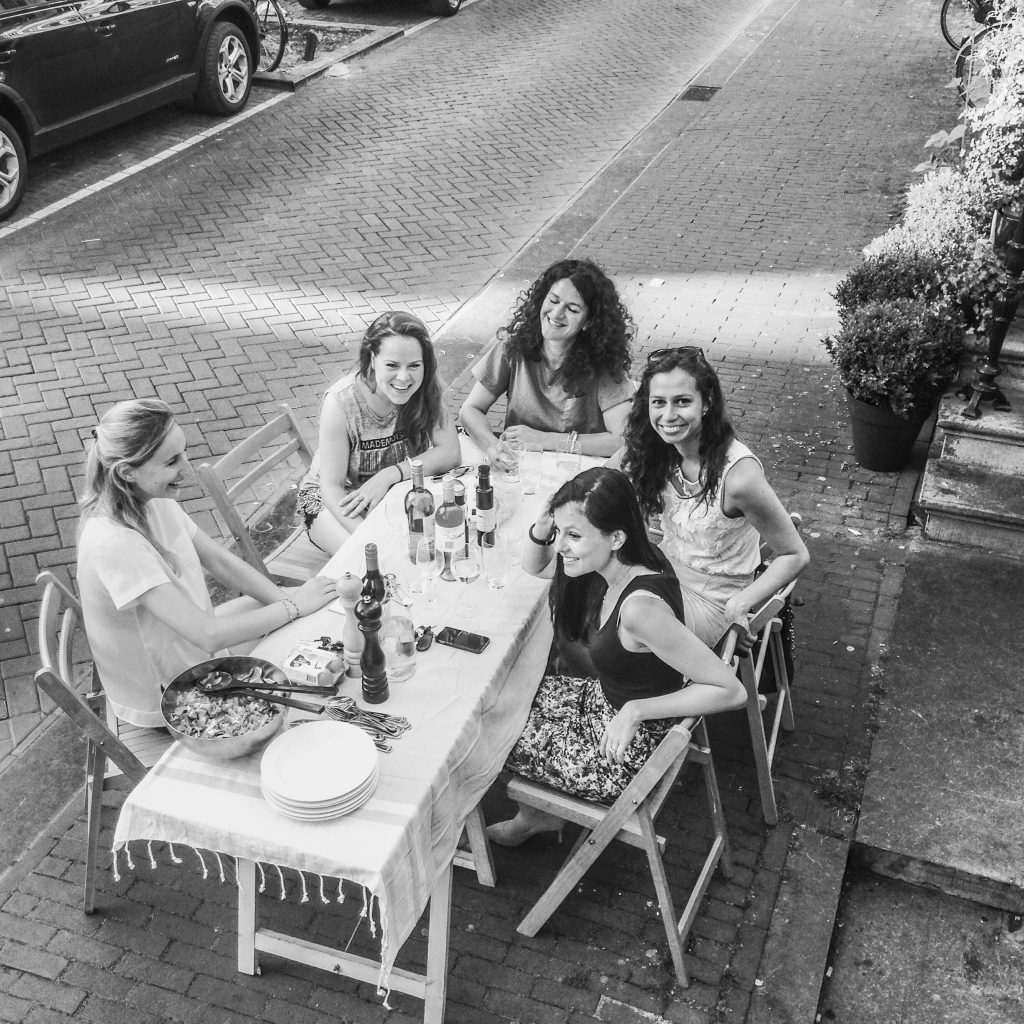