“”Amsterdam is my city. I came here in 2001, to audition in the Hague, and I stopped by in Amsterdam for a couple of days. Ever since I’ve been in love with this city. I told myself that, at some point in my life, I would have to live here. And here I am, six years later, that dream has come true.””
Corneliu Ganea is a choreographer and a teacher based in Amsterdam. With the creation of his first duet in 1999, he discovered a passion for choreography. Most of his works were presented and awarded at different festivals and choreographic competitions around the world. In 2007 Corneliu co-founded the production house Random Collision in Groningen, in 2014 he co-founded Area 59 in Amsterdam and he is currently developing and online library for full length contemporary dance videos, called www.encore.dance One of his dearest projects: Hora, a performance inspired by traditional dance, music, and rituals of Romania. https://www.corneliuganea.com/hora/

How did you end in the Netherlands?

I was out of work in Germany, in Munich, and I came to audition in Groningen at the NND/Galilidans company. After the audition, I got a one-year contract that I could not refuse. And that’s how I arrived in Groningen in November 2006.

Pretty easy. Obviously, I spoke English, here everybody speaks English. Joining a company where everything is organized, work from 10 to 18, then you go to shows, they pick you up by bus, bring you back by bus, in an environment with international dancers, all experienced, coming from various countries, I socialized very easily and in a very pleasant way. This was as far as my profession was concerned. But beyond the company environment, I hadn’t built too many relationships, because work kept me very busy and when I did have free time, I went out with colleagues and so I met very few Dutch people.

Do you try now to get close to the society you live in?

Yes and no. It is still a big issue that I don’t speak the language fluently enough. I understand it, I can write and speak a little, but not enough to access the deeper levels of this society.

Apart from this small, temporary hindrance, I find the society is very open towards foreigners. It is a very extrovert society. They are very decent, very noisy, expressive… I lived for six years in Germany. By comparison, the German society is a little too polite, there are too many rules, too many systems that inhibit certain ways of expression, certain natural energies of humans to express themselves. But here people are more free in the way they communicate, the way they look at you, their body language, how they express themselves.

In Germany, there is a certain muscle that is tense all the time, while here, this muscle is more relaxed, more fluid. Germany was my second country after Romania. The first time, I went to Switzerland, in Zürich. The comparison with Germany is very similar. I arrived in Munich, which is a little more permissive, even if the region is still very conventional, they are much more open than people in Augsburg or Zürich. Zürich is a very closed environment, pleasant on the outside, but on the inside… After two years in Zürich, I felt the strong urge to leave, since I was a student without a job and no steady income to make me feel more comfortable.

Do eleven years in the Netherlands mean that you no longer want to leave?

I don’t feel the need to leave, but I do feel I need to integrate. I feel the need for a certain intimacy, like the one I find by default when I go home to Romania, with my family, with my friends, wherever I may travel in my home country. It is a certain intimacy that I cannot find anywhere else in the world. But unlike other places, I actually feel at home in the Netherlands. Amsterdam is my city. I came here in 2001, to audition in the Hague, and I stopped by in Amsterdam for a couple of days. Ever since I’ve been in love with this city. I told myself that, at some point in my life, I would have to live here. And here I am, six years later, that dream has come true.

Is there something you could do to reduce this distance, to be more integrated?

It is a very interesting question. I don’t find the comparison Romania-the Netherlands appropriate. They are two different countries and I am completely biased. Romania will remain in my heart and soul forever. On the other hand, the Netherlands is where I have my home, my friends, my job, everything that makes my life as it is. I think that by speaking the language, by making the great effort to learn it fluently, then I believe I’d integrate deeper in this society. But, at the same time, this society helps me very much. The company I have runs very well thanks to the laws and the system. Now, I am studying film at the SAE Institute Amsterdam. I have not paid even one cent of the costs because there are three foundations and institutions that have paid for this course, because I lost my job as a dancer due to the financial crisis of 2008-2010. There are institutions that take care of me as a dancer and as a person, but it is up to me to integrate better.

What meant success to you before leaving Romania and what does it mean now?

When I was 18, I had a very clearly defined idea of my personal success. It’s been only me and my mother since I was six years old. Together, we discovered that I have a talent for dance and my mother supported and promoted my talent until I left Romania. Our dream was that I would become a professional dancer – principal dancer – for an international ballet company. My mother supported me and kept my dream alive, visualized it for me by talking to me about these ideas, educated me how to behave in society. And before I got to leave the country, I already saw myself dancing in a dance company, being successful, traveling a lot by plane with other dancers, by bus, going to shows, talking to people, and so forth. So this was my dream that kept me going, gave me energy and strength until I achieved it and I managed to become a dancer, not a ballet dancer, but a contemporary dance artist. I have traveled, I’ve seen the world through dance, and have accomplished my dream.

Now, I have other dreams. I had to build and discover other dreams that should be supported only by me, without my mother nearby. Now, I have to do it all myself! Now, my dream is to be a successful choreographer, to assert myself here, in the Netherlands, but also internationally. At the same time, I want to be able to assert myself as a filmmaker in the movie world. 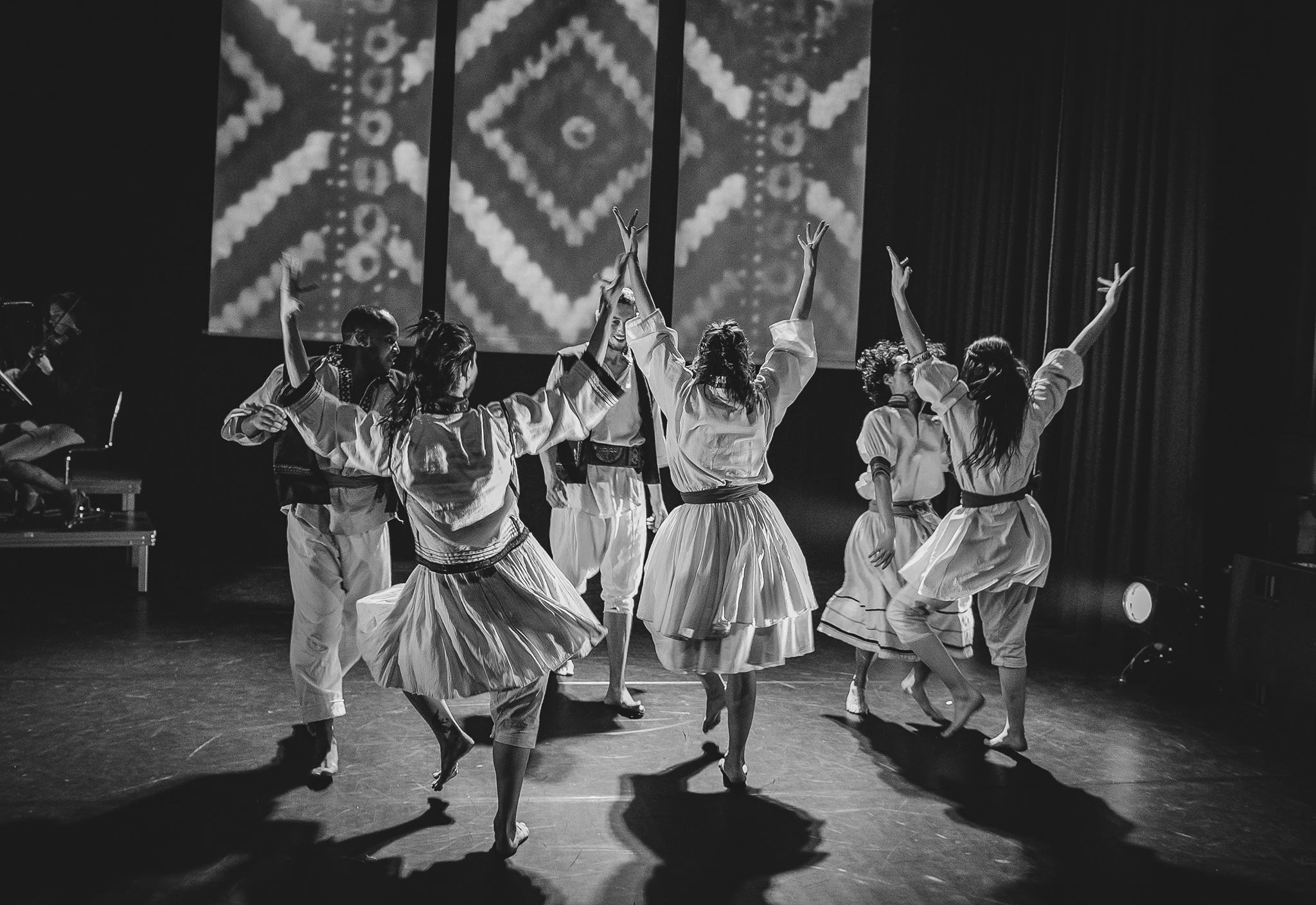 Culturally, did you have any shock in the Netherlands?

I am extremely adaptable and I don’t get shocked so easily. I wouldn’t say shock, but rather curiosities, something that makes you wonder or draws your attention. One thing that impresses me in a pleasant way, up to a point, is the fact that children are taught since an early age to follow rules and apply them. It is a very thorough society as far as the law is concerned, it’s exactly the opposite of Romania; here, the rules are respected and people like to respect them. In Romania, it is exactly the opposite, we can do without, it doesn’t matter! This shocks me. Here, I see this as some experiment to organize society. These aspects fascinate me!

Do you feel part of the Romanian community in the Netherlands?

I have good standing, even a very good one relative to the Romanian community. Here, in the Netherlands, you cannot play too many tricks too easily. When you have done something questionable, you are exposed. Those who come here have a certain education, they’re young professionals who want to build something, not to destroy or cause trouble. And this makes me very happy because many of my Romanian friends bring their contribution to society and I am proud of them. We get along very well and have something to talk about.

What’s your advice for those who would like to come now to the Netherlands?

I’ve never thought about this. I don’t know if I could give a straight advice. First of all, they should learn at least English. French, Italian and, definitely, Dutch. Have a clear idea about what they would like to do. Have a job, or better said a specific job. Here, you have to aim for the target, to come through your network, through someone who knows you and to know someone who can get you introduced in society. When I came here, I knew I wanted to be a dancer, I knew I wanted to find a job in a dance company. And, in return, I myself have helped many Romanians relocate here, many friends, many who knew exactly what they wanted: cook, driver, carpenter. I have refused those who wanted to stay at my place for a month or two without a clear plan. It is a waste of time and money. 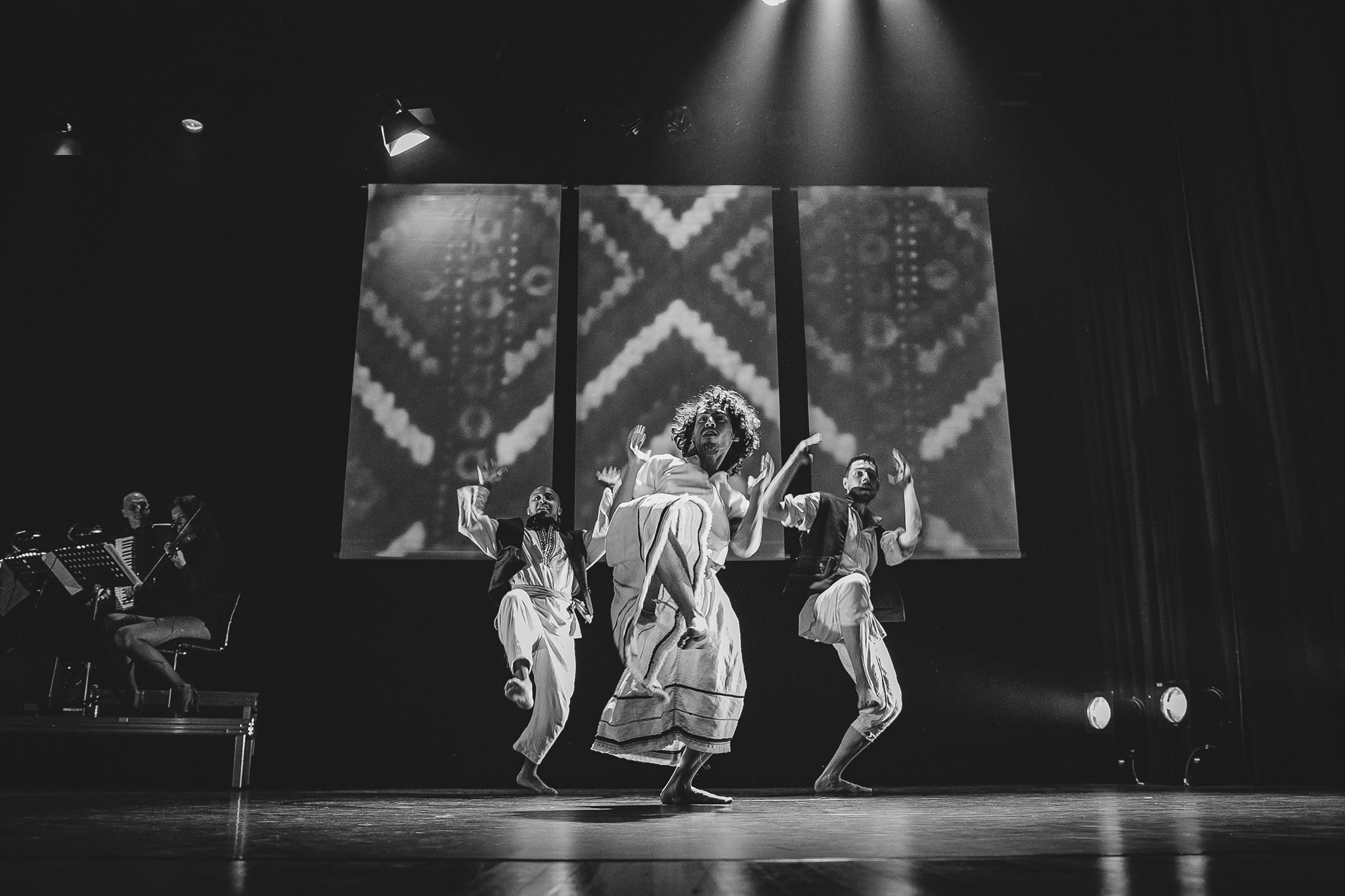