“”I think success is something very personal. To me, success is when you have as peaceful a life as possible, without major problems, without dramas. To have enough in all the aspects of your life so that you feel good. From this point of view, I think I’m a successful person. I get to do what I wanted, I like it, and I’ve also found the ideal partner, who loves me and also loves Romania.””
Andreea Andrei came to the Netherlands for a master in media and communication. Slowly, she got closer and closer to the Dutch society and now she feels fully integrated. Of course, her Duct husband played an important role in all the process. Together they intensively promote Romania as a touristic destination, actually the only one for their company: www.romtour.nl

I came to the Netherlands in 2009 for a Master’s degree in media and communication in Rotterdam. My intention was to go abroad for a year or two, and after that to return home a little bit smarter than I was before leaving.

Yet, here you are. What happened?

I met a man with whom I lived for a couple of years in Rotterdam. That was the reason why I didn’t leave anymore. Meanwhile, I learned the language and I postponed going back home. Another reason, which happened somewhat later, was Romtour, the agency where I now work and which I co-own together with my husband, Lucas, the second man in my life in the Netherlands. Now, the reason is love. I would have never stayed for the sake of money.

How was it in the beginning in this country?

It was pretty difficult. In the beginning, I was somehow living outside of Dutch life, I was in a more international environment, but thanks to some Dutch friends, I got more involved in this society. I also made more Dutch friends and that’s how I managed to learn the language. And when I managed to speak their language, I started to feel at home. Here, everybody speaks English, yet everyone favors their mother tongue. When you are in a group, it’s much easier if you speak their language.

In the beginning, I was mostly taken aback by the lack of spontaneity, in the sense that any appointment, any time you want to go out, has to be scheduled in advance. Even if you consider yourself someone’s friend, you simply cannot go just like that and knock on their door without prior notice. The planning is necessary because people are very busy. This was a little shocking.

Then, there’s the fact that it’s very hard to have more personal conversations. Even after you get to know people better, a certain distance is still perpetuated. It’s hard to earn someone’s trust and only after you achieve that you can move on from being an acquaintance to a friend. In Romania, this process takes much less time, people befriend each other after just two weeks.

How do you feel now in this society?

I feel very good, it’s a country where I like to live. I like that people are very peaceful, they don’t get upset quickly, they smile on the street. And I very much like the way they grow old. They remain mentally youthful well into old age, which is fascinating! It’s thanks to people that I like it here: my husband, his family that has somehow adopted me, the friends that I have, both Dutch and of other nationalities.

You are very involved in the tourism agency, Romtour, that exclusively promotes Romania as a destination. What does this activity mean to you?

When I decided to stay here for a longer time, I began to work in different fields until I found Romtour, which was my rescue, so to say. Even before leaving Romania, I’ve always wanted to work in the tourism field there, to have Romanian tourists and show them what a beautiful country we have. But doing it from here, it’s even more beautiful. Romtour offers Dutch people complete holiday packages in Romania. Not only can I show Dutch people the beautiful places and people in Romania, but I also have the opportunity to give something back to Romania and its people. To us, it’s very important to get to know those we collaborate with. And every year we add new programs or destinations in Romania.

It’s not quite an easy mission. What was it like all these years?

It wasn’t at all easy. Everything we’ve achieved is a result of our own work. In the beginning, I did volunteer work for Romtour, while my husband had to earn a living elsewhere, so that we could afford to invest some money in Romtour. Especially the past three years, we’ve worked extra hard to scale the company. And this year we can finally say that we’ve managed to reach a level that we’re very pleased with.

Why was it so difficult?

On the one hand, it was hard due to the preconceived ideas the Dutch have, not necessarily about Romania, but rather about the cost of a holiday in Romania. We don’t do mass tourism. Our trips are not very cheap because quality is the most important factor to us. It’s very hard to sell trips to Romania in just a few sentences, but I think the most important reason that we present to potential clients is that Romania is a country that has pretty much everything to offer: nature, culture, hospitality. When we attend tourism trade shows here (vakantiebeurs, ed), we’re faced many times with more or less strange or funny questions: “What should I do first, if I’ve never been to Romania before?” “What difference is there between Romanians and Roma?” [n.b., Roma are an ethnic group, living in Europe in several countries including Romania]  “Can I travel in Romania with a car that has Dutch plates and if yes, will I still find it in the parking lot?” “Is Romania a safe country?” 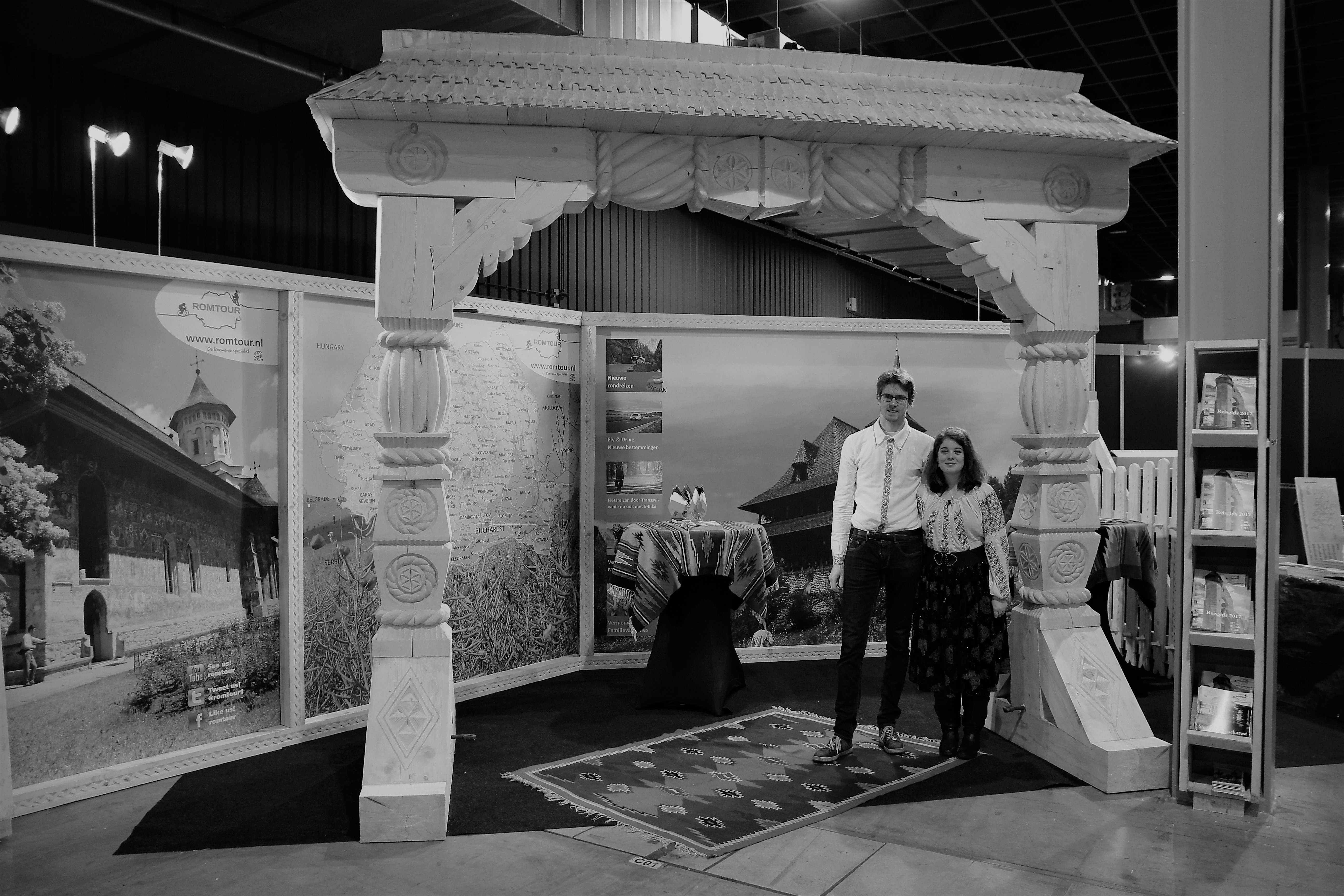 I think success is something very personal. To me, success is when you have as peaceful a life as possible, without major problems, without dramas. To have enough in all the aspects of your life so that you feel good. From this point of view, I think I’m a successful person. I get to do what I wanted, I like it, and I’ve also found the ideal partner, who loves me and also loves Romania.

Until now, I haven’t had that much of a connection with the Romanian community that we often find on social media, but I have a lot of Romanian friends, people that I’ve met here. I’m beginning to feel that there is a community, that it’s taking shape, especially on special occasions. The past ten years, I’ve noticed a more active Romanian presence, with more events and more diversity. There aren’t only parties and dining, but also very interesting cultural events.

They shouldn’t think that there’s only milk and honey flowing here. With patience and work, anything can be achieved. They should come prepared to work and should have patience, because it might be that it takes more steps to get where they want to. 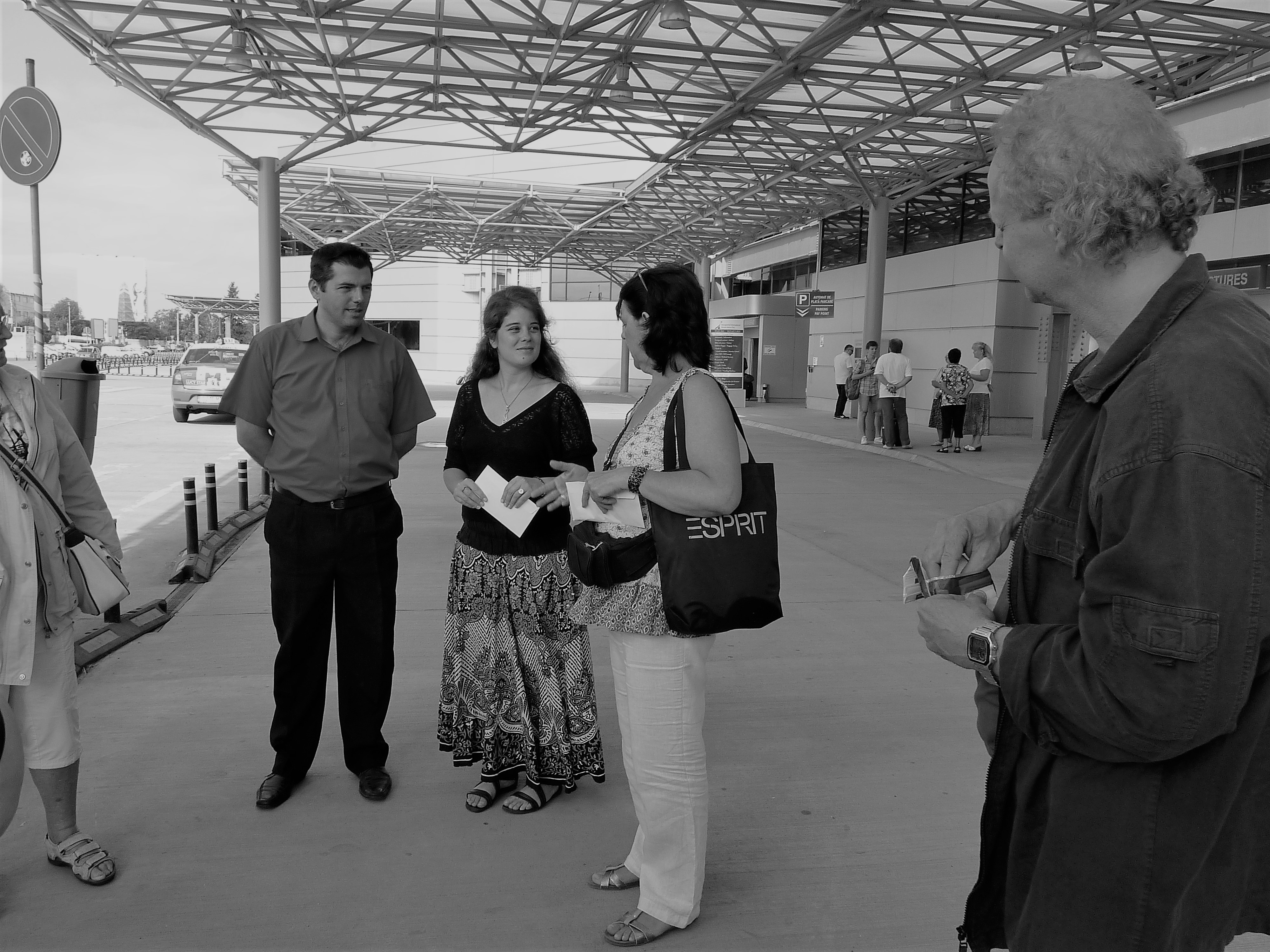