“”I think I’ve somehow found my place. I’ve now found the right way to express myself and make myself understood.””
Teodora Ionescu studied theater and art in Romania. For the last ight years she lives in the Netherlands, where she is a very active artist. She had exhibitions in The Netherlands, Germany, Romania and France, but teodora is also involved in theater projects, video and art installations, at the intersection between theater and visual arts, from classic to traditional, from modern to experimental. If at the beginning she felt unrooted, from 2017 „home” in the Netherlands is even more „home”, thanks to the art workshops for children, through which the little Dutch ones get in touch with the world of art through Teodora’s eyes. Her last performance in the Netherlands is called „ Like the shadow, your roots follow you”, a theme which is very close to Teodora’s heart.

I came here in 2010, right after I finished my studies at the Theatre Faculty, when I was about to sit for my Bachelor’s graduation exam. The Flying Dutchman brought me here. I met Jeroen, currently my husband, in 2007, and after a two-years-and-a-half long-distance relationship we decided to try to live together. I decided to come to the Netherlands, a decision that I don’t regret now.
How was the beginning?

The first year was very difficult, I actually had many negative thoughts about what it’s like to live in another country, I questioned the leap I had made. There was an influence also from the world in which I grew up since I was 12, a rather peculiar world, I would say, a more bohemian one, where I learned that you have to give up everything for the sake of your passion.

Mr. Mihai Mălaimare, with whom I did the traineeship in Bucharest, told me that I could not leave everything behind for a man. Give up your career for what? I said that it was not for a man, but for love. I found my soulmate and I don’t regret taking this step. Even if I had to struggle with less open people. Or, at least, that’s how I saw them. When someone asks you “why did you come here” and you answer “for love”, this sounds like a cliché. On top of that, I was told at some point that I was an “internet bride”. No wonder that I had an inner struggle, right? What must I prove, to whom and why must I prove it? Now, after seven years, I realise that we are all, in fact, prejudiced.

How did get over this difficult start?

I had to start all over again. Jeroen was really supportive, he somehow impelled me to immerse myself even further in my art, even though I was seeing only obstacles. I’ve mentioned that I met prejudiced people, but also beautiful people. I took part in very interesting projects that have somehow enriched me, that have enabled me to grow roots in this country. I’ve learned that an actor does not necessarily need words to communicate – for me, the language was in the beginning a major hindrance – I’ve learned that through art you can express yourself easily, regardless of your nationality. I’ve learned that every person carries a story and, if you stop to listen, you somehow have time to also tell your story. Bit by bit, I have grown up here, I have started to make friends, and now I can say that I am at home. Of course, part of me is still in Romania, and by that I mean my family, my parents, my sister, my nephews. But I’ve also learned something else in the Netherlands: the distances are so small!

What’s the project closest to your heart?

I have several, I can’t choose just one.

For instance, during my first year here, I was part of an improvisational theatre group. There, I discovered that I can be actor without speaking. My character was a challenge for three months. I thought I was being asked something impossible when I was on stage and the director was telling me to “feel”, the others were talking in Dutch, improvising, and I was supposed to react.

But this year I’ve had a big achievement. After seven years here, I told myself it was about time to go deeper into the Dutch society. I enrolled in a special course so I can work in the educational system as a guest artist in schools, a beroep kunstenaar in de klas, as it’s called in Dutch. We, the contemporary artists, no matter the place, we sort of like to complain that the audience doesn’t understand us, that the audience is not prepared, informed. With this in mind, I told myself that as an artist I have a responsibility. And where else does the education of a future audience fond of art begin? In schools, of course.

The course I did wasn’t just a course, but more of a rediscovery, an answer to the question about what I can offer as an artist to children. It was a return to the roots and an integration in Dutch society. For me, it was a fascinating year. As an artist-teacher invited in schools, I invite children to look at the world through my eyes, to look at art through my eyes and even to begin themselves to create. One of the projects that I did with children aged six to nine I named “The Album of Emotions”. I started from a topic very dear to me: integration. I wanted to see how the little ones reacted. We live in a society where it’s necessary to understand why we are different and how we can understand each other, how we can be more open. I asked the children to imagine what it’s like to arrive in another country, where you have no friends, what it’s like not to understand what’s happening around you. I started the project with an experiment. I talked to them for 20 minutes only in Romanian, fully aware that nobody would understand anything. Their reactions were extraordinary: if at first they giggled a little, then they realised that what was happening was very serious, they tried to listen to me and watched my gestures, from which they figured out what they had to do: to sit in a circle or take their shoes off, etc., and from this I started to have an entire conversation, quite philosophical, with the little ones. The conclusion was that emotions are universal. 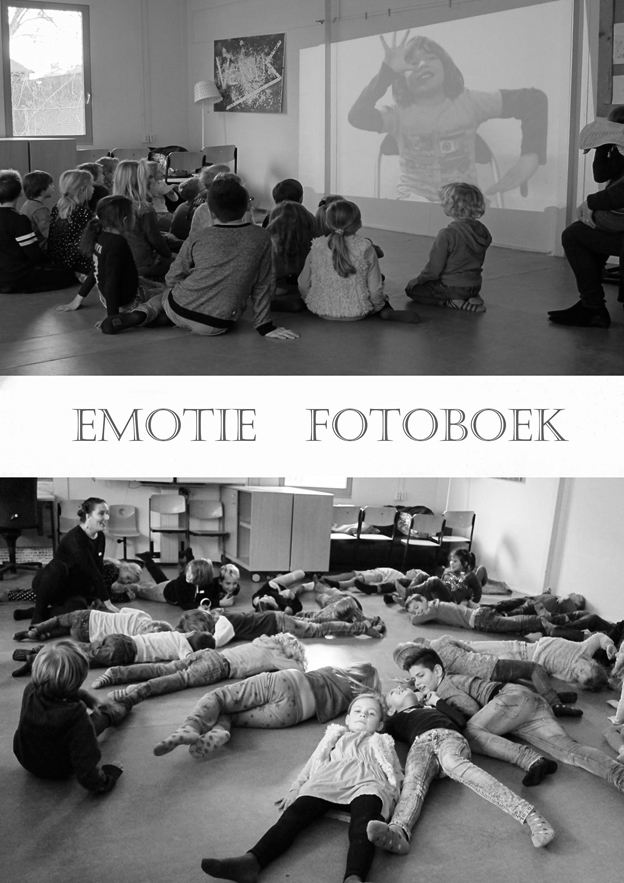 How do you feel now in the society in which you live?

I think I’ve somehow found my place. I’ve now found the right way to express myself and make myself understood.

If at first I said that I came across prejudiced people, now I can say that people are very open and I realise that, in general, this is a very open society. The closed bit probably actually came from within me, maybe I had come with certain biases.

It is a well-organised and structured society, focused on the citizen. And I like this a lot, perhaps also because I am rather chaotic. And I like that there’s a lot of nature everywhere, which I love. I miss the mountains in Romania, but I love the nature here. This country is like a jewel, every square meter is being painstakingly trimmed and taken care of.

I think it’s the opportunity to do exactly what I like: as an actor, to be on stage, as a visual artist, to be able to exhibit.

Ever since I’ve been here, I’ve learned that I should enjoy every opportunity I get and that this is the biggest success. It doesn’t matter if you exhibit in a famous gallery or in the living room of some people, like it happened when we first met: you have to fully enjoy that moment!

How do you see yourself in relation to the Romanian community in the Netherlands?

I go to certain events, if I have the time and I can. For instance, in June [2017, ed.], I went for the first time to an event dedicated to the traditional Romanian blouse. I feel it’s an active community. And I am glad it’s like this, it’s good not to forget where we come from. Besides, we have beautiful stories to share. I am proud that I am Romanian.

What’s your advice to a Romanian who would like to relocate to the Netherlands?

To be patient and give themselves the time to accommodate here. 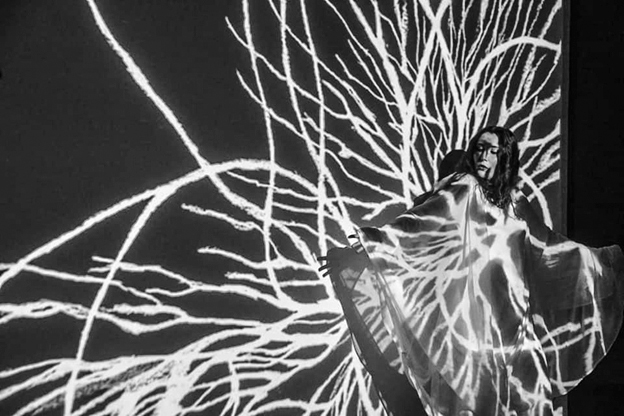