“”Maybe the biggest change in perspective I’ve had since arriving here was that I changed my definition of success. I am successful now but I don’t have either money or cars. What I do have is impact on other people’s lives and I believe that, eventually, this is what success is about: how many people I influence positively, how many people are better now as a result of my actions. This is what I’ve gained here, this different understanding about the meaning of success.””
Teodor Cătăniciu is the founder and chairman of Restart Network, where he uses technology to make other people powerful. While still in school, he brought together some of the world’s most iconic tech companies to support his “Crowdsourced Tech School”. His work has gained international attention, in the Netherlands he was named one of the Best Entrepreneurs Under 35 by the daily Het Financieele Dagblad and he has been featured by Forbes Magazine as one of Romania’s 30 Under 30. As TEDx Speaker, he has been writing and speaking on technology and education for the past years. Teodor holds a Bachelor of Science in International Business Administration from the Rotterdam School of Management at Erasmus University. His dearest project: Restart Network

What brought you to The Netherlands?

I came to the Netherlands in 2014, after graduating high school. I wanted to study abroad and the Netherlands was the country that attracted me the most at that time. I came here triggered by curiosity and by my desire to learn. I had the chance to be accepted by a very good university, with a new environment that seemed liberal to me. A different world from what I had home and from the Romanian culture. I wanted to explore this world, learn more about The Netherlands and the Western part of Europe.

I studied business at school, but my passion was not in this area. It was technology, and how we can apply technology to help the people around us.

It was, obviously, hard especially the first weeks or months. After you arrive in a new country, you don’t know anybody. But I had the luck and advantage to be in an international environment where people were open, friendly, both the Dutch and the rest of my colleagues. It wasn’t difficult for me to integrate. In general, my impression is that the Netherlands is an open country that values diversity and is, in its turn, curious to learn more about those who come to settle here.

It’s been already three wonderful years in which I had the chance to learn more, meet extraordinary people, and, together, start something here, in The Netherlands. It’s about a project that helps people and creates opportunities for people. This is the one thing I am most proud of. It is the project I care about and my vocation, my career: Restart Network, a programming school, technology school where we work with refugees and help them start a new life in The Netherlands, through a new career in technology.

How has this project helped you as a person?

When you graduate, a question pops up: “where can I find a job?”

But what if you create your own workplace? Somehow, Restart Network is the place where I’ve always dreamed to work. Every week, I have the chance to meet new people, people who work in top global companies, every day I do something I believe in, something that makes me get out of bed when it’s cold in the morning. This is an amazing thing and I wouldn’t want to do anything else but this right now!

How do you feel in the society you live in?

In general, I live in the office, I’m there most of the time. But when I don’t work, I explore. Although the Netherlands is a small country, it can be approached and understood from many angles and in many ways. From the overcrowded Amsterdam, full of tourists, with its magic, to evenings in Rotterdam when you see the sunset and you get to breathe… a different picture, another perspective, beaches that are many times empty because it’s cold and it’s raining. I like to discover new places in the Netherlands, and especially to discover new places with new people. For me, experiences are about people and not necessarily about places. I believe that the Netherlands attracts people with different perspectives and from all corners of the world.

Culturally, did you have a shock?

The small things. Starting with the very beginning: at some point, I was driving and suddenly a bridge started to rise in front of me [n.b., in the Netherlands, bridges can be raised or lowered, to let ships navigate.]. Things I don’t come across at home or in other places. Small things we grow used to, but also other things that have to do with the perspective of the Dutch on decisions—always taken by the community. For instance, it is a habit here that you need to strike an agreement with everybody and that everybody needs to compromise a little for the bigger agreement. In Dutch politics, there is no majority, there is always a coalition of two or three parties. It is a country of compromise and we see that this works… I let go a little, you let go a little. This has led to building a country where things go well, efficiently, and people are happy. This is my impression. People smile and are relaxed in the Netherlands.

This attitude, let’s call it liberal when all opinions are valued, diversity is an advantage that allows us to understand that, actually, we, the community, are stronger through our diversity… well, this attitude comes as a shock in the beginning, but you end up liking it. It becomes normality very quickly. I don’t think anyone could have trouble integrating into this culture.

Do you miss something from Romania?

Of course! My family, my friends. Romania is home no matter if I live in the US or the Netherlands. Bucharest, Sector 6, is always home because that’s where I was born. I wish to return or, at least, through my work to have a positive impact there.

What’s success to you?

We often here, not only in Romania, that the definition of success is related to having a lot of money, millions of Euros, own many properties and expensive cars. Maybe the biggest change in perspective I’ve had since arriving here was that I changed my definition of success. I am successful now but I don’t have either money or cars. What I do have is impact on other people’s lives and I believe that, eventually, this is what success is about: how many people I influence positively, how many people are better now as a result of my actions. This is what I’ve gained here, this different understanding about the meaning of success.

What have you learned from those you have helped?

First of all, I admire them for the strength of not looking back and focusing on the future, on what they can become. When you’ve lost everything, career, friends, family, and you have to start again, what you take with you is what you’ve learned, what you have in your head, who you are as a person, what you believe in, your values. These people are in this situation, in which all they have are their values and what they know. I keep thinking about this when I think about the future, that it is important to be well prepared… you never know what may happen and we can only be ourselves as people, good people who carry good values. 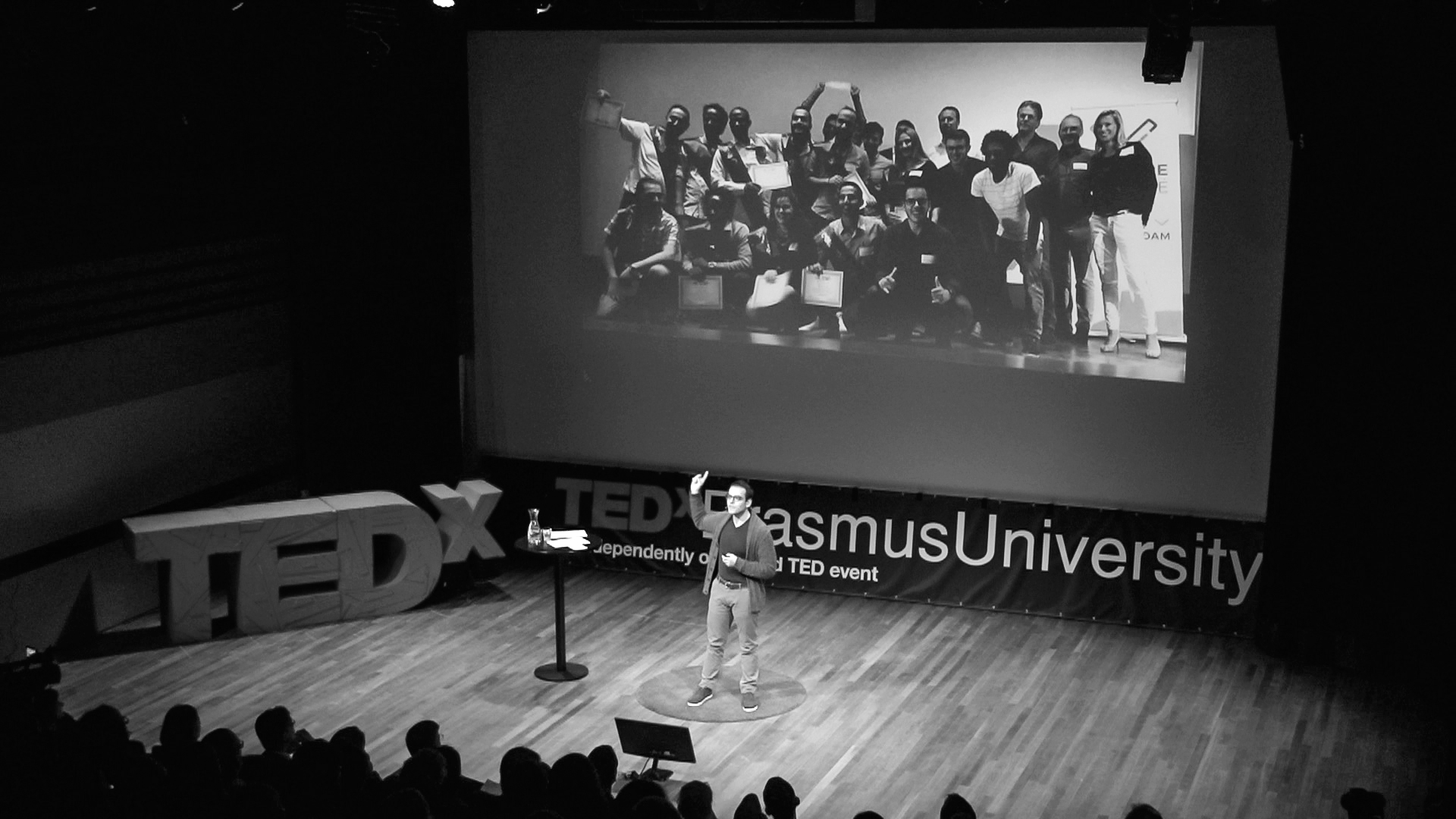 What’s your relation to the Romanian community in the Netherlands?

What’s your advice to those people who would like to relocate to the Netherlands?

I believe and feel inspired by this European idea, this dream of ours that the European Union is not just space where we can sell products, but also a shared space where we travel, learn, explore, and fall in love. No matter if you talk about the Netherlands or any other country, I recommend to everybody to live one, two, three years (not forever, it is not necessary) abroad, in another culture, to get out of their comfort zone, meet new people and see the world from a different perspective from theirs. In the end, their lives would be richer. 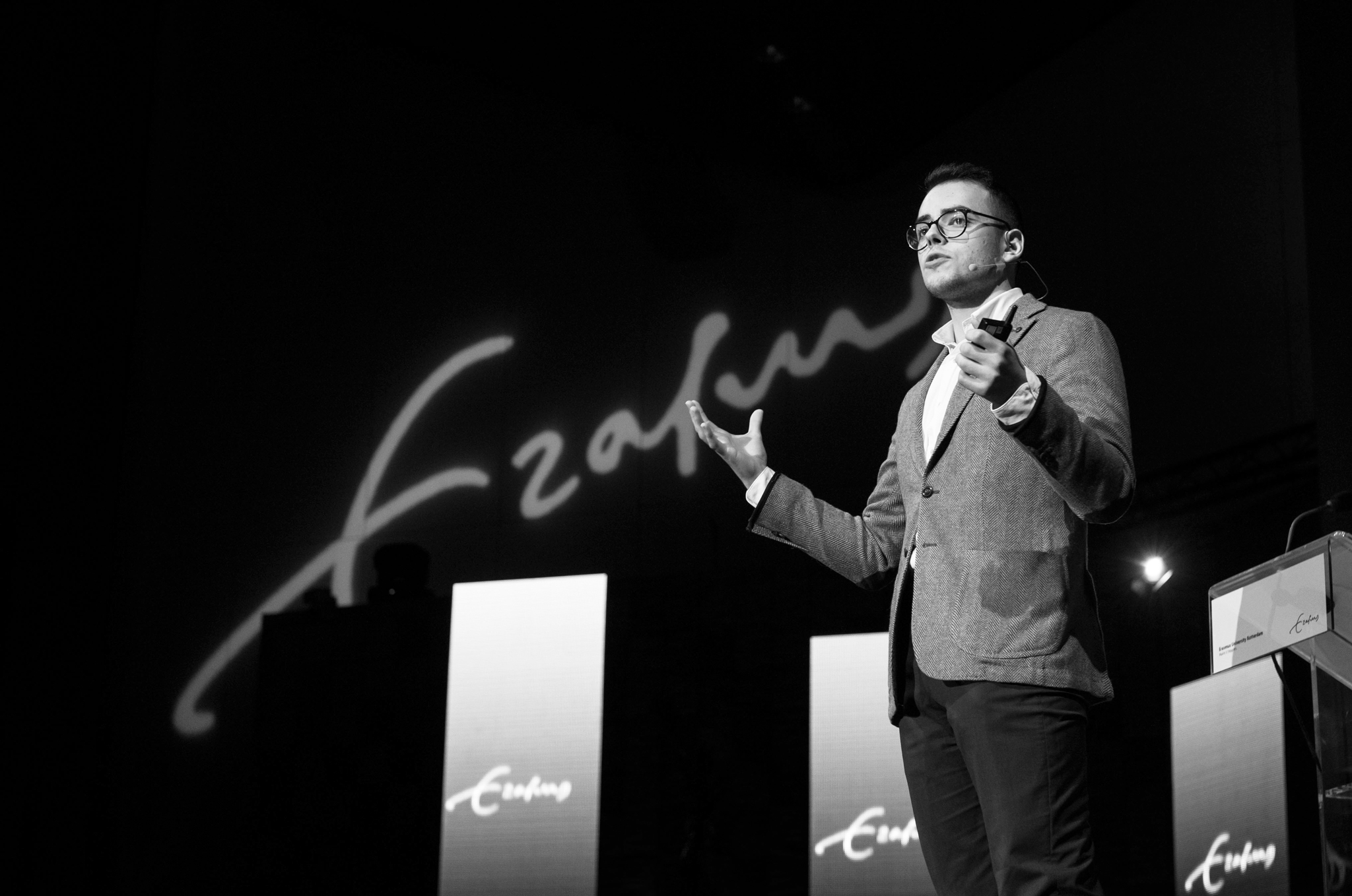 An interview by Claudia Marcu, translated by Alina Mărginean, edited by Alexandru Iosup