“”In the collective consciousness in Romania, success means having a steady job, a family, a house, and a car. To me, success is achieved the moment you attain what you’ve set your mind on, although the journey, the process leading up to that attainment is much more important. Success can be exactly what you’ve learned from that journey.””
Born in Focșani, he spent his first ten years there, after which he moved with his family to Fălticeni, in Suceava. In 2010, after having graduated from high school, Sebastian continued his studies in Eindhoven, where he chose to stay. He finished his Marketing and Business Administration studies in 2014. Two years at Philips ensued, until 2016, when he started his own business: building bicycles from his own design.

Why didn’t you see yourself as a student in Romania?

I was never attracted by the typical student life, the life in the student campuses – or, at least, not by the image that I had of it  –, nor by the theoretical manner of teaching and learning in Romania. I wanted something that was as practical as possible and at the time, in 2010, I only found what I was looking for abroad.

The transfer went pretty easily, perhaps also thanks to my age, perhaps thanks to the young circle in which I found myself – they all thought the same way as I. Then, I spent a lot of time at school, in an international environment. After graduating, I worked for three years at Philips, that was again an international environment. Besides that, the schedule was so tight, that I didn’t have time to do something else.

I only began learning Dutch these past few years, since I’ve started my own business. It’s harder to learn Dutch when your entourage speaks English. In spite of having had an attempt at learning Dutch during my student days, I quickly forgot what I learned, because nobody spoke Dutch to me. Now, I’ve become part of the Dutch society, in a way, and I also have more time to learn the language.

How did you start working at Philips?

Philips is the symbol of Eindhoven and it was rather natural for me to go for Philips. I did an internship there when I was still at university. I kept in touch with several people working for the company and during the last semester, while preparing for my degree, I went back to do another internship. Then, they offered me a job and I decided to stay.

When did you get the idea to start your own business?

It’s been on my mind for as long as I can remember. During my childhood, I would sell to the neighborhood kids toys that I had modified myself. Then, in high school, I started studying economics and I sold mobile phones imported from China. My first real business I started during the final university year, when I was doing video production and, in parallel, I was working at Philips. Also around this time, in 2014, I came up with the idea for the bike, which I’ve developed slowly, for three years, until 2017, when I decided that I have to dedicate myself only to this.

How do you feel in the society in which you live?

It’s hard to answer this question, as the process is pretty complicated. On the one hand, my family is in Romania, here I don’t have a family of my own that I have to – let’s say – take care of, and that means I’m not bound to the Dutch society. I feel I’m more of a European citizen. I don’t consider that the place where I’m at is the most important, but rather the people that I collaborate with.

What does a European citizen mean to you?

It means to be free, to feel good and comfortable in any European country, not just at home, in Romania, or in my adoptive country, the Netherlands. My idea of a European citizen has no whiff of politics or bureaucracy. It has more to do with freedom.

But I have to say that coming to the Netherlands was a good choice. The environment in which I live helps me develop both myself and my business. I don’t know if elsewhere I would have found the same openness and the same possibilities. And Eindhoven, in particular, is the city where you can do art, where you can do technology, IT, design. Then, the society in general is very open, it’s innovative.

I can say that I’ve learned a lot from the Dutch students about the way in which they interact with each other. We, Romanians, are more suspicious, more individualistic, while the Dutch are very open when it comes to human relationships. Many say the Dutch have a certain coldness about them, but I’ve never seen that coldness.

Do you have Dutch friends?

I do, but not very close ones. I generally spend my spare time in the company of expats or Dutch people that have been expats themselves at some point. I think an experience like this changes your habits, but also your preconceptions. The Dutch are not colder, they just have a certain social conduct, they’re more straightforward and concise, while we, those from the east and the south, are more volatile.

Is Romania anywhere in your future plans?

Honestly, I see myself traveling a lot in the future. I want to be flexible, to have a place where I can always return, but which would allow me to travel easily. In my mind, there’s no concept of “returning” or “settling” somewhere, but rather of “mobility”. But, sure, it’s possible to have a base set in Romania.

This is not a question to which you can give an easy answer. In the collective consciousness in Romania, success means having a steady job, a family, a house, and a car.

To me, success is achieved the moment you attain what you’ve set your mind on, although the journey, the process leading up to that attainment is much more important. Success can be exactly what you’ve learned from that journey.

Your journey, now, is to make the Furiosa bike. What is it about this bike that makes it so special?

I’m not necessarily passionate about bikes, but I like to build and invent. There are several special elements, and I’d like to begin with the handlebars, which are foldable. So are the pedals. This way, the bike has a very thin frame and can be stored anywhere, including in an apartment hallway, without bumping into the handlebars or pedals when you walk by. It’s aimed especially at the young or the young professionals who live in big cities like Paris, London, Barcelona, or Amsterdam, the young people who are at the beginning of their professional career and for whom a bike is the main means of transport.

So, your market is not only in the Netherlands?

No, not at all. The Netherlands is probably the last market for my bike, Furiosa. The target group is very specific and can be found in several countries. My bike has three major advantages: it’s low maintenance, it’s light and fast, and it’s easy to store. It’s low maintenance because the bike is designed in such a way so as to have as little elements as possible that can deteriorate. These parts are made of aluminum, plastic, or carbon fiber, nothing rusts, not even the chain. The name – Furiosa – has to do with the design, which makes you think about courage and speed.

It’s about €1,500. I need about eight weeks to make such a bike. And I build it right here, in Eindhoven, but the majority of the parts are imported from Poland, China, and Taiwan. There are only a few parts from the Netherlands. It’s an international bike made by a Romanian. 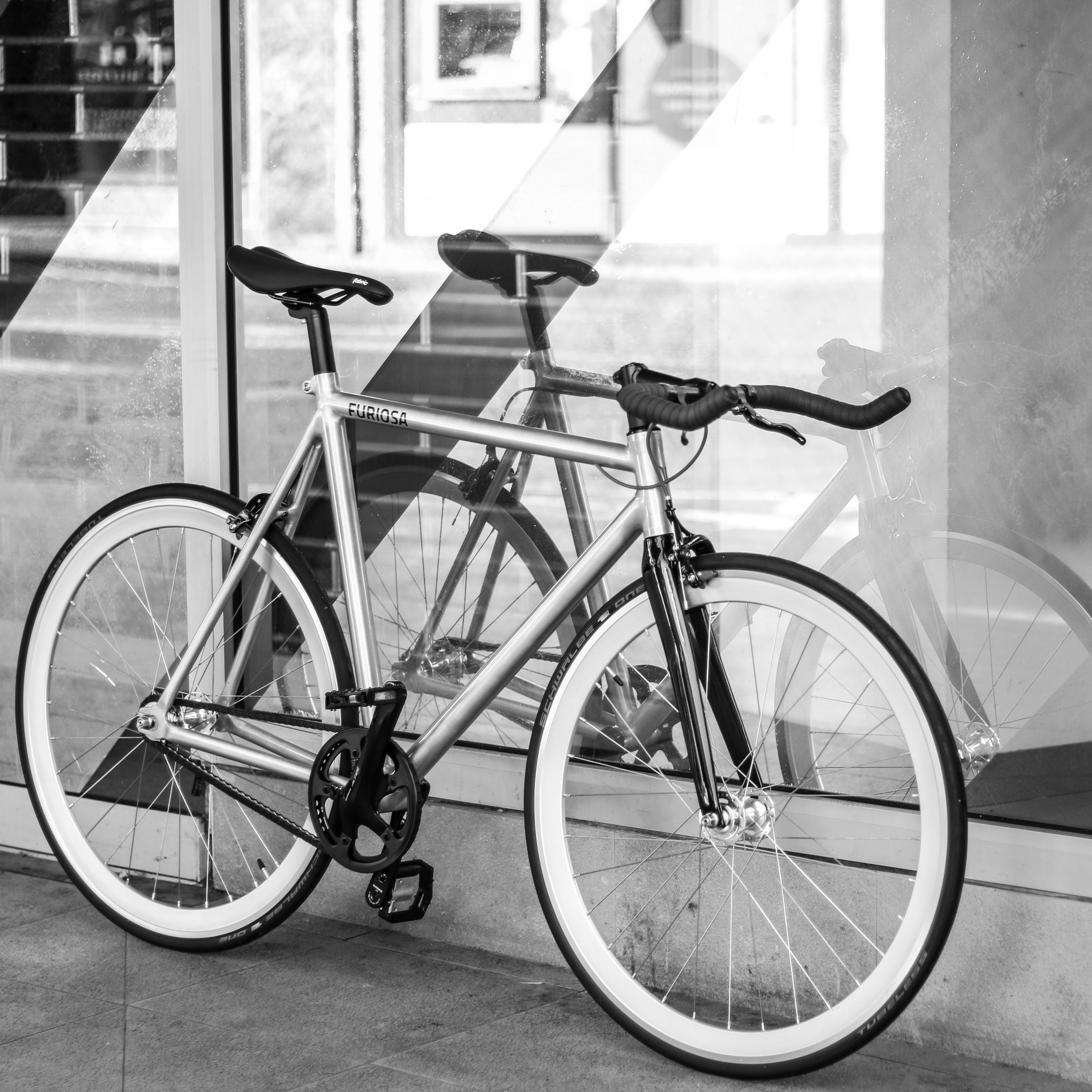 When did it begin, this pleasure to build and invent?

It’s been always with me, I like to create things that are useful to myself and to others, things which are simple and look good. All this goes well with the idea of doing business. And I can say that I have ideas to last me several lifetimes, I just have to make the right choices depending on the time I have and the context I’m in.

In order to be able to give some advice, I’d have to know how old they are. To someone who’s just starting out, like I was, I’d say to come with an open mind because here there are that many more possibilities for a young person who is still developing. Anyone can develop themselves in one way or another, but what matters is the knowledge they set forth with. If you come with preconceived ideas, then it’s very hard to come through. The more open-minded you are, the easier it is to understand the environment in which you move, without judging the people around you.

photo from the personal archive, edited by Alexandru Matei