“… this is an experience I would recommend to anyone: live abroad for a while. After a couple of months of interaction with people from another culture, you start to learn a lot more, also about your own culture. “
Corina Stratan is a graduate of the Faculty of Automation and Computer Science of the Polytechnic University of Bucharest. In 2008, she finalized her Ph.D. studies at the same faculty, majoring in distributed systems. During her Ph.D. studies, she was granted a scholarship from IBM (IBM Ph.D. Fellowship) and worked as an intern in an IBM research center in the US. At the end of 2008, she relocated to the Netherlands and worked for several years as a postdoctoral researcher at the Vrije University of Amsterdam. From 2012 onwards, she has been working as a developer in a software company located in Delft. Her project closest to her heart: her two children.

I started my studies in Romania, at the Polytechnic University, where I also completed my Ph.D. During these Ph.D. studies, I had two internships in the US, at the IBM Research Centre, which I really enjoyed.

This led me to the idea that I could leave immediately after completing my Ph.D., in 2008. I started looking for work abroad. Initially, I wanted to leave for the US, but I got an interview in Amsterdam for a postdoctoral job at the Free University (VU, Vrije Universiteit). I loved it there so much that I gave up the idea of looking for a job in the US. I loved the people in my department that I interacted with, and I loved the Netherlands at first glance. In addition, I already knew some former Romanian colleagues who had settled in the Netherlands so this made my decision to stay here came in handy. So, until 2012, I used to work as a postdoctoral researcher at the Vrije University in Amsterdam. My specialty was “distributed systems”.

On a personal level, I knew the man that would become my husband so my life started to take shape here.

I started to look for a job in the Netherlands and I found a software company that I really liked; I’ve been working there since 2012. It was at the same time that I started to learn the language; it became a clear fact that I would stay in this country for good. Language is not a must but I believe it helps you get better integrated into this culture.

How was the beginning for you in the Netherlands?

It was pretty easy. The fact that I had many Romanian colleagues made a huge difference. Second, the atmosphere at the university was very international. I can say that I made new friends very easily, not necessarily Dutch ones, but people of different nationalities, whom I got along very well with.

The biggest shock was after I met my husband and started to attend various birthdays, parties, celebrations and the like, where I met only Dutch people. Then I realised that some things are different around here. For instance, in Romania, we celebrate our birthdays separating friends from family. Here, in the Netherlands, when I attended the birthday of one of my husband’s friends, I expected to meet people of our age, friends, but I ended up getting to know his entire family, aunts, grandparents, and friends, all together. This was a rather strange experience for me.

Then, I realised that parties are somewhat boring around here. People get together in the living room, on the couch, they eat some cake and drink coffee, they talk a lot, but that’s all there is to it. They socialize but they don’t dance. They are quieter. But, actually, I like this aspect because I don’t have a temperament myself.

How are your work relations?

I work for a Dutch company with offices also abroad. I can say that relations in the Netherlands are more democratic than in other countries. Here, it is not common that you should listen to what your manager says, but people are encouraged to express their opinions, and take initiative. You know, maybe, that Dutch people complain about everything. Well, nobody feels shy complaining about their manager. It is a very open environment that I do enjoy, unlike our Hungarian office, for example, where hierarchy is much more strict, even if the company is Dutch.

How have you adapted to this open environment?

I cannot say it was very difficult because, eventually, the culture here is friendly enough, at least in my company, but, there are visible differences. I am not a person who is very assertive and, sometimes, I realise that I need to speak more and louder than I am used to so as to be heard. I needed time to adapt but, eventually, I got used to it.

How do you feel in the Dutch community?

I feel very well. Even if it is a culture different from ours, there are aspects that I really enjoy here.

As compared to other countries, people here are rather tolerant. Of course, you may run into trouble but, in comparison with other nationalities, the Dutch are tolerant and I like that.

There is another aspect that I like and that may originate in the Calvinist influences and that is their modesty; they do not like to show off their possessions, if I may say so. For instance, our director comes on the bike to work, which I find very nice. And people do not judge you based on what you wear. I could even state that they may not like people who overdress.

Moreover, I feel acknowledged here despite the period of accommodation. At the university and in my company, I had a very warm welcome but it took a little while until I felt acknowledged mainly because, as I’ve just mentioned, I am not the type to speak a lot and loud, the way the Dutch usually do. It took me some time until I got to the point where I could do the same and show the world my skills.

What have you learned from the community you live in?

I think I’ve learned two things that I find important. First, the idea of modesty, much more valued here than in Romania. Second, the democracy in the workplace, this freedom to express your mind. You know how direct the Dutch can be and maybe sometimes even rude but, eventually, I think this is much better than beating around the bush. Here, you call problems by their names and I find this to be a positive thing.

I like that they are well organised, which fits me very well since I am a structured person. I like that, both at work and at home, they pre-plan and allow for preparation time.

I like that Dutch are very concerned about the infrastructure. Maybe some of them don’t find this relevant, but I like to live in a country where things work.

If you were to choose now between Romania and the Netherlands, where would you choose to live?

I think I’d choose the Netherlands. It feels much better here, from different perspectives. And I don’t mean financial perspectives. I just love more the culture here.

How do you look at all these years of being here?

Oh, this is a tough question! I look with pleasure at all these years. I think I’ve learned enough and this is an experience I’d recommend to anyone: live abroad for a while. After a couple of months of interaction with people from another culture, you start to learn a lot more, also about your own culture.

Could you give us an example

I’ve already mentioned the idea of modesty. In Romania, people are influenced much more by what they see on the outside: how people are dressed, the houses they own, the cars they drive. I thought this is a common thing for all places until I arrived in the Netherlands only to find out that I was wrong.

What is success to you?

Success means two things for me. It is important that I know that what I do helps others. If I manage to make someone else’s life better, then, I can say I am successful.

Besides helping others, it is just as important to achieve your own self-development, do what you like, manage to discover your talents and put them to work.

Did you have the same definition of success before leaving Romania?

Back then, I didn’t think as much about success, at least not in this way. I was still in school, and success meant to perform a valuable research, write articles, and so on. Now, success is different. I’ve broadened my perspectives.

How do you relate to the Romanian expat community in the Netherlands?

Unfortunately, I don’t relate. Like I’ve mentioned, when I came here, I had already a group of Romanians close to me and I didn’t make the effort to meet other Romanians. Now, it is even more difficult because I have two small children and my social life is very reduced. But I hope this to change soon so I will start to join the events of the community and of the Embassy so as to meet more Romanians.

Having two children makes me also want to share my Romanian experience with them. They are born here, in the Netherlands, and they don’t visit Romania very often. I don’t know how much Romanian they may want to learn but I’d like them to know as much as possible about the culture of their parents and meet many Romanians.

What’s your advice to a Romanian who would like to relocate to the Netherlands?

If you want to settle down here, then the first step is to make some friends. Which may not be very easy when you come from abroad. But, if possible, join local activities – clubs, courses, etc. It helps you get integrated if you have a job in a Dutch company. And learn the language. 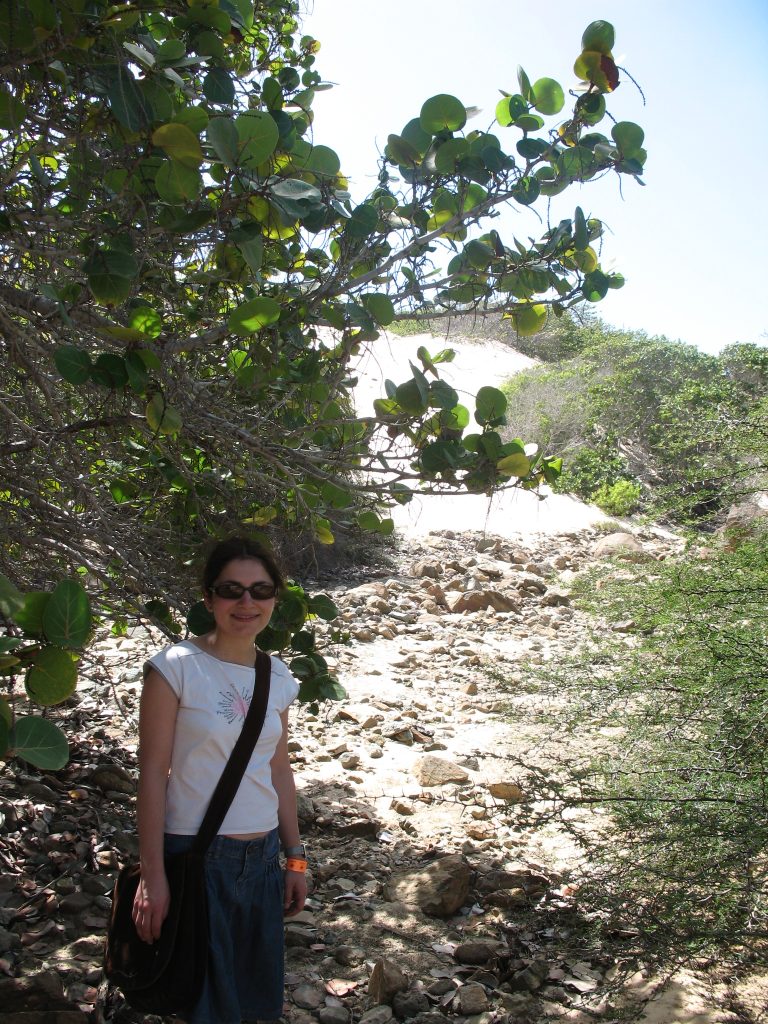