“”I feel very close to the community. The great number of people who think in a similar way to mine makes me trust a lot the community and the way in which it will develop and grow in the future. So, yes, it’s very close to my heart.””
Catalina Negru was born and raised in the world of dance, but somehow she ended up in business. After she graduated from the Bucharest Academy of Economic Studies, she immediately started to work for ING Romania. She took part in international projects in the Netherlands, Singapore and Germany and since 2006 she lives in the Netherlands. Here she discovered, as a volunteer, the Johan Cruijff Foundation, which inspired her and also determined her to use her energy and efforts (also as a volunteer) for the Romanian community in the Netherlands. Catalina still loves to dance, but also to bike and to have long walks on the Dutch beaches. Her dream is to one day go back to the Apuseni Mountains (in Romania) and through a social project to convince the young generation to stay or to return to that area. Her favorite project: Romanians for Romanians in the Netherlands Foundation – www.rompro.nl

I came to the Netherlands in 2002. I was offered the opportunity to work on an international project, a chance that I embraced straight away. I liked the idea of coming to the Netherlands, a country I’ve liked for a long time. Even at that time, I thought it was a very relaxed country, very open to novelty. I accepted, therefore, the challenge and I began working on that international project. The first year I commuted between Bucharest and Amsterdam, and afterwards I moved to Amsterdam for professional reasons.

Fascinating! It was like a postcard full of very interesting things, which I discovered every day. I enjoyed very much discovering the city. Almost every evening I would put on my sports shoes and end up on a different street or in an unknown place in Amsterdam. Then, I liked very much working with my colleagues here, it was very interesting to see their way of working and cooperating, their openness towards other cultures. There were many things to learn from an organizational culture completely different than in Romania. I can definitely say that the beginning was easy!

Wasn’t there even a single moment that was a bit more difficult?

Such a moment happened a little bit later. I had some problems with my work permit, there were also a couple of situations that pushed the frustration and aggravation to the maximum, the movement of labor between Romania and the Netherlands wasn’t exactly effortless. Romanians still needed a work permit back then and that was not so easy to get. So I’ve also had tougher periods.

You mentioned the difference in organizational culture. Can you give some examples?

What I noticed right from the beginning was the fact that Dutch people work a lot in teams. Each team would meet regularly, each member would be heard and encouraged to say their opinion, the future was discussed a lot. This what-do-we-want-to-achieve element was very important and everything was based on a plan made in agreement with everyone. The work was extremely easy when certain rules – like discipline and fairness – were being followed.

How do you feel in the Dutch society?

I feel very good. Now I am in even more contact with various sectors of society, which I like very much. This contact broadens your field of knowledge and helps you see things from different perspectives. Each sector has its own viewpoint, just like the financial sector in which I worked. I can say that I find it very easy and I very much like to discover the numerous aspects of the Dutch society, which I find fascinating and surprising every day.

Now, for instance, I’m focused on the nonprofit sector, that of social assistance and charity organizations. The sector is very advanced. The people are very involved, the collaboration degree is very high, the society listens a lot to the voice of these organizations, while the city council and public administration generally collaborate on a regular basis with them. I like this model very much, everyone gets involved in it. Nobody works on their own, but in a system in which everyone has their role, and planning for the future is done taking into account all the elements of the system.

You shouldn’t think that this is a perfect society, there are many aspects that need to be fixed here, as well. For instance, there are many prejudices. Surely people could be a lot kinder to each other than they are now, but we’re on the right track.

What is your greatest achievement since you’ve been in the Netherlands?

Oh, what a tough question! There are several personal achievements, but closest to my heart is the fact that I managed to become a person that belongs here and to equally love both Romanian and the Netherlands. It’s just like when you love both your parents with the same intensity. I find it very important to think that you live, grow, and belong to a place. I think this is my biggest success, that I manage to connect the two cultures, the Romanian and the Dutch one.

I thought that you were going to say that the Romanians for Romanians in the Netherlands Foundation was your biggest achievement.

I think this foundation stems from the success I just mentioned. The moment I started to feel good, when I felt that I had incorporated both cultures, the next natural step to me was to surround myself with people similar to me. 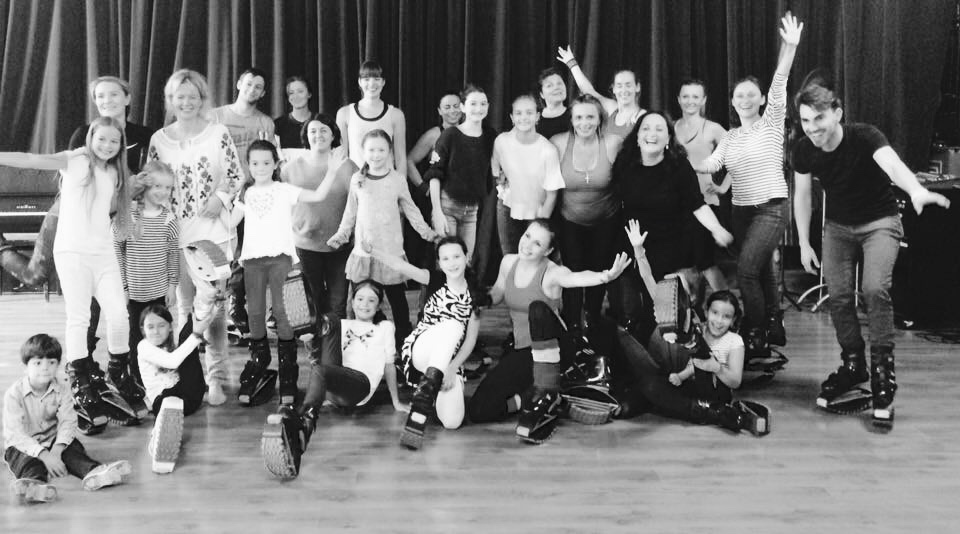 And yet, didn’t you have any cultural shock?

The concept of success has changed compared to when I was in Romania. Back then, success was strictly personal. How do you surpass yourself? What do you achieve, including financially?

I feel very close to the community. The great number of people who think in a similar way to mine makes me trust a lot the community and the way in which it will develop and grow in the future. So, yes, it’s very close to my heart. And there is a community in the true sense of the word. The past few years, I’ve seen how people helped each other, how Romanians got involved in volunteer work, how they wanted to know each other. Of course, it’s a community that’s in the process of growing, it will take some time before we can say that it’s a strong community.

We’re also looking at other communities around us that have an older history than ours in this country and we see that the way in which we’ve evolved is to be appreciated. We are combining very well the two cultures – the Romanian and the Dutch one.

You’re one of the people who have ventured on this path of community building. What’s that like?

It’s fascinating – in the sense that every day you discover something that you like. Sure, it’s not always easy, not everything is pink, we’re not a community that’s easy to work with, there is still plenty to fix, but I believe that nothing is easy. There is no road with only green traffic lights. Every now and then you also get a red light and you have to stop, and these stopping points helps us. They make us reflect if we are on the right track or not, if we are truly meeting the needs of those around us.

They should prepare very well and gather information so they can understand the structure of the Dutch society. They should understand that it’s one thing to be a tourist in this country and a completely different thing to live here, because there are also negative aspects. If you are well prepared, the journey will be a lot easier. 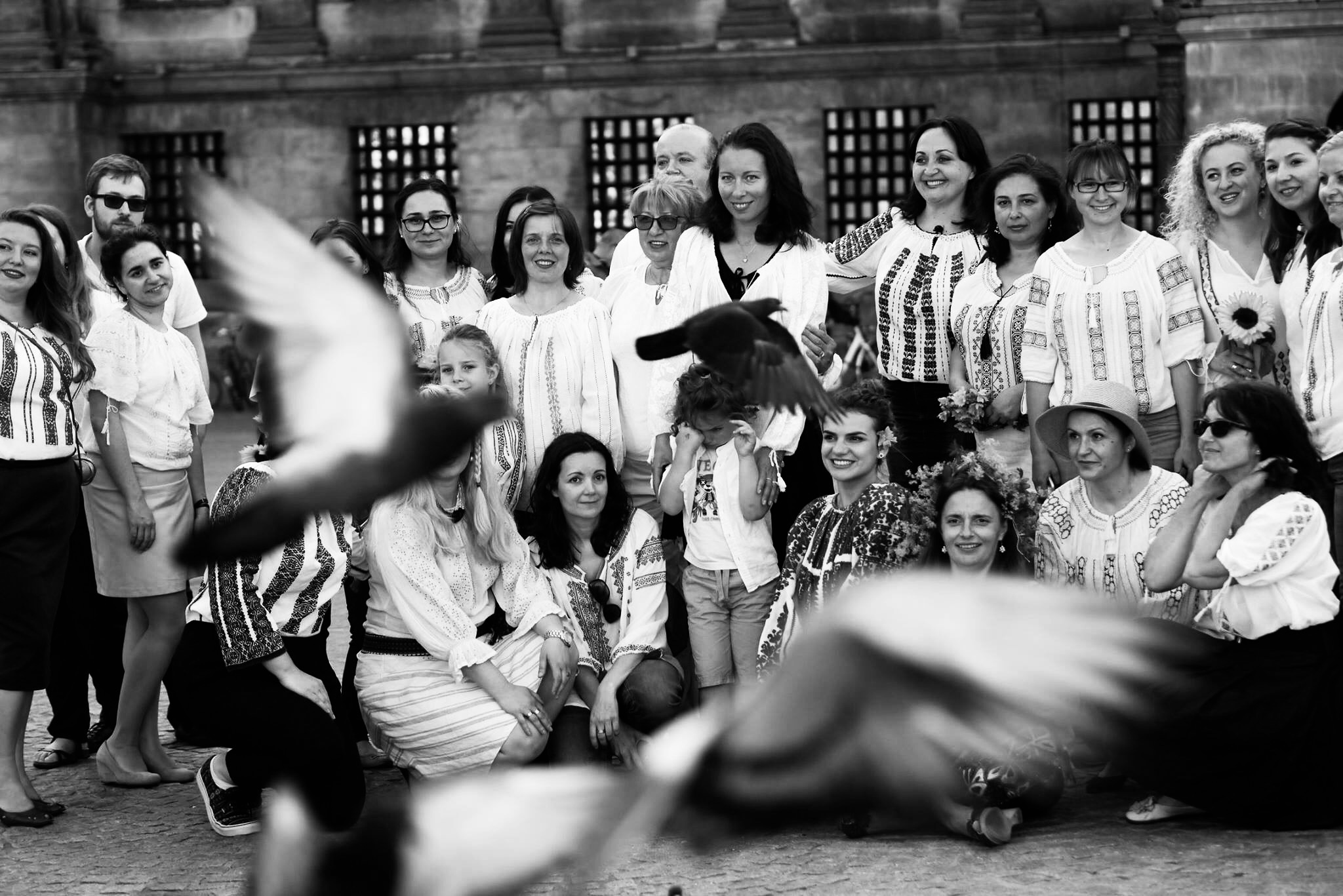